Depot has other uses. Please see Depot (Disambiguation) for other meanings.

Break through the fascist territory with Pavel to Black Station and meet with Ulman.

Depot starts when Artyom and Pavel stumble upon a Nazi station said to be abandoned. Artyom and Pavel must fight their way to Depot, an abandoned train depot in which nosalises are living in large groups in the trains.

Depot starts in an armored cart with Pavel, traveling towards a Nazi controlled station with a large number of armed individuals within. If the player is quick enough they can avoid a majority of the confrontation by killing the lone Nazi watchman. The end of the tunnel is collapsed and Pavel is forced to take a side route. The resulting path leads to the depot, the underground storage facility in which Moscow's trains were once stored in. Unfortunately, the depot presently houses more nosalies than trains, and a battle ensues. Pavel is pulled off the cart, taking a few nosalises with him in the following sacrificial explosion. The rails take a turn down a service spiral. From the downward spiral the cart will crash and, with nothing short of a miracle, Artyom survives, despite almost being crushed by the cart. From the wreckage Artyom climbs into a nearby pipe, continues to the nearby Hole Station, and completes the level.

On a rail with Pavel

Some darts and lurks in the shadows.

Face to face with death.

Pavel pulled off the railcar.

Artyom alone once again, note the explosion in the back.

Possible reference used by 4A. 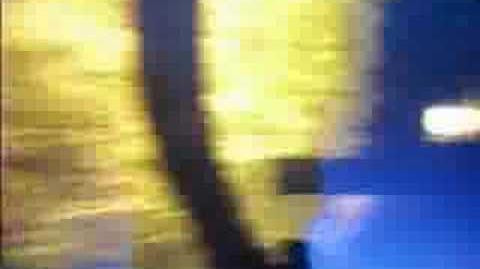