Metro 2033 and Metro Last Light feature three standard difficulties, with both titles having an extra two featured in the Ranger Pack and Ranger mode DLC. 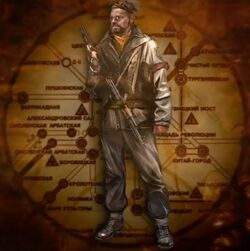 The easiest game difficulty, as the name suggests. Ammo is plentiful, and magazines scavenged are often full. Both Artyom and his enemies take rather substantial levels of damage to kill, earning the difficulty a criticism for "bullet sponges". Enemies are less aware of player whereabouts. Armor purchased will be more effective. In Metro: Last Light, resources are easier to obtain, items sold by vendors are cheaper compared to other difficulties. 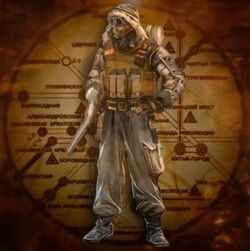 Might pose a challenge to new FPS players and an adventure for experienced players. Ammo is found in large quantities and players won't run dry easily. Enemies do not usually pose a major threat and are fairly easy to kill. 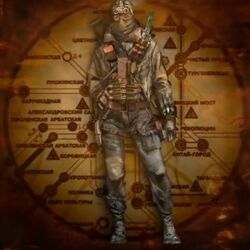 A real challenge. Enemies are stronger than on medium or easy and can kill Artyom quickly. Ammo is scarce, but weapon damage is increased to compensate. In Metro: Last Light, those who play on hardcore must carefully manage their resources. Its the similar setting in 2033. The items sold by vendors comparatively are more expensive, while the MGRs are harder to find. 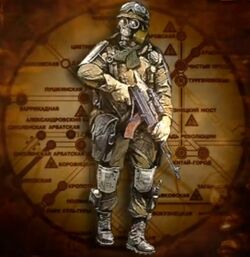 A more "realistic" difficulty, but not necessarily harder if the player keeps their eyes open. A stray bullet or two can kill Artyom, but it works both ways as all player weapons do roughly three times the damage they usually inflict. Ammo pickups usually contain one to five bullets. The HUD has crosshairs disabled. Total amount of stored ammo for each ammo type is also halved, for instance 180 5.45 mm rounds total instead of 360 in normal. Throwing knife total is doubled, from 5 to 10. The player is also limited to only carrying two weapons at a time 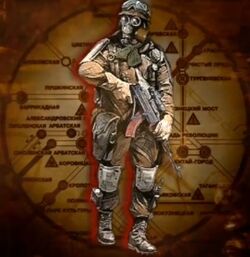 An ultimate challenge for the player. The Heads-Up Display is disabled completely save for laser pointers found on mid to late-game weapons in 2033, or modded weapons in Last Light. Both Artyom and his enemies are "glass cannons", killing and dying incredibly fast, up to the point of one shot - one kill. Stealth is advised, since the run-and-gun approach is severely limited by low ammunition supplies.

Despite HUD being disabled completely, railway switches still blink when they can be interacted with. This was probably not deliberate.