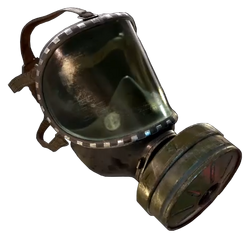 The gas mask is a type of breathing apparatus, designed to filter the various toxic gases that pollute the air of the surface and sections of the metro. 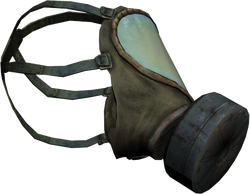 Gas masks are necessary for those who wander outside of the metro and out on the surface in the ruins of Moscow, as the air is poisonous to any un-mutated organisms. The gas masks likely use charcoal filters, as charcoal is a natural poison absorbent.

In the games, the toxic atmosphere only seems to affect the user's respiration and not the user's skin because Artyom, along with many NPCs, can go out to the surface whilst wearing fingerless gloves and having some parts of their skin exposed; in some of the books, however, professional stalkers take extra care to ensure no skin is exposed to the elements when venturing up top.

After a while on the outside, Artyom will need to change the filters on the gas mask. The maximum filter time Artyom can have for his mask seems to be capped at around 30 minutes; thus he should pass through the surface area quickly since the filter pickup is not common, same with the vendors that sell them. 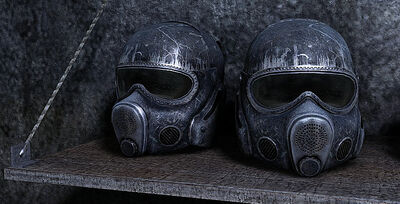 As Artyom takes impact damage due to melee attacks and bullet impacts, the gas mask will become cracked. The more severe the cracks become, the less time the filters will last. If the mask becomes broken, it must be immediately exchanged for a new one, or Artyom will suffocate. Gas masks can be found littered throughout the surface since many people have traveled to the surface and ultimately died; their gas masks are still usable by Artyom.

There are more than 5 different kinds of gas masks found throughout the game but Artyom seems to be wearing only the full-faced standard mask regardless of suit purchased. Even if his gas mask is severely damaged or completely broken he can only replace it with another full-faced mask. Strangely at the end of the game, Artyom is seen with a Rangers helmet and visor instead of the full-faced mask. If Artyom sprints or jumps the gas mask time will be not affected, however high radiation areas will make the filter deplete faster.

A mixture of different masks from different nationalities, from Czech to Russian to German to others, appear in the games.

In Metro Exodus, the gas mask, together with the Spartan helmet, count as one piece of equipment that can be upgraded at a workbench. All upgrades are listed below.

A gas mask used by the Rangers 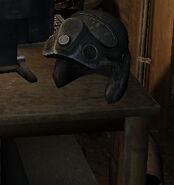 A Fourth Reich stalker with a PPM-88 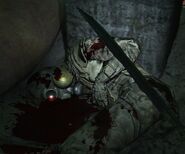 GP-7 Mask, as seen in the Alpha and worn by dead Hanza members 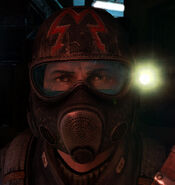 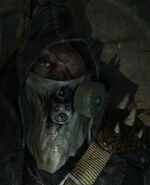 The IDA59 rebreather as part of the hazard suit, used commonly by stalkers and Red Line soldiers (Last Light) 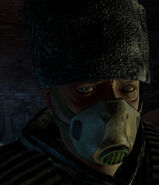 A respirator as seen on Quarantine (Last Light) 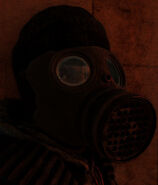 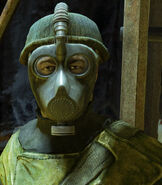 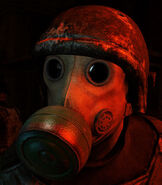 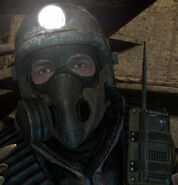 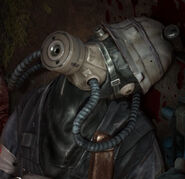 A respirator from Metro 2033 Redux

Taking off the mask in an earlier build of Metro Exodus

Putting the mask on in Metro Exodus

In Metro Exodus, duct tape can be used to temporarily fix a broken gas mask when in the field

A modified PMK-3 in concept art from Metro Exodus 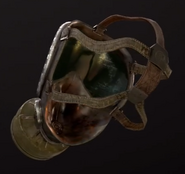 Rear view of the mask from Metro Exodus 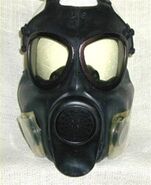 The US M17 Gas Mask, on which the Czech OM10 is derived from and more closely resembles the Ranger variant. 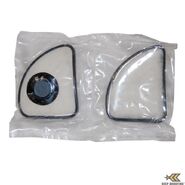 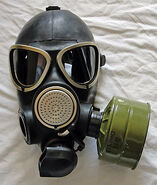