The Commonwealth of the Stations of the Ring Line, or the Hanseatic League (more commonly known as Hansa, Hanza, or Hanse) is a trading alliance comprising several stations, making up a large area of the metro.

Economically and militarily it is undoubtedly the most powerful faction of the Moscow Metro, keeping tight control of the underground's Ring Line.

Upon formation and acquiring a decent foothold in the metro, Hansa quickly developed into the metro's economic powerhouse, a hyper-capitalist utopia for the rich. It is one of the few places in the metro where public transportation, running water, and large-scale electric lighting are widespread. They usually make "partnerships" with stations outside of the Ring (such as the Arbat Confederation and Belorusskaya Trade Outpost), causing those stations to become resource-stations dependent on Hansa. While not dependent on Hansa for resources, both the Fourth Reich and Red Line maintain trade-relationships with Hansa.

Hansa and Polis seem the most democratic factions within the metro; many citizens from the Fourth Reich and Red Line expressed wanting to move to Hansa or Polis. However, both the Stalinists and Nazis have no tolerance for refugees: both groups usually kill arriving refugees. Those lucky enough to arrive at a Hanseatic station are often turned away due to Hansa's suspicion of outsiders.

Hansa is well-militarized to protect its wealth; all its stations are heavily guarded, it boasts motor-transportation and flamethrowers, and its militia is outfitted with high-end military grade weapons. Hanseatic stations also appear austere when it comes to entering and leaving stations, with non-Hansa personnel requiring passports or other forms of identification as well as having their weapons confiscated from them until they leave the station.

The Commonwealth of the Stations of the Ring Line emerged shortly after central control disbanded. Crossing all other lines, these stations were vital points of trade routes. They quickly became the place for all traders, becoming incredibly rich in a short amount of time. Soon they understood their wealth would become the envy of others and took the only possible decision: they formed the Commonwealth. Its official name is rarely used because people were quick to title them "Hansa" after the Hanseatic League, an alliance of trading cities in the Middle Ages. At first, Hansa included only part of the Ring Line stations; the unification was not instantaneous. The so-called "Northern Arc" included at first stations from Kievskaya to Prospekt Mira, the other fraction consisted of Kurskaya, Taganskaya and Oktyabrskaya. Later Paveletskaya and Dobryninskaya joined Hansa, and the "Southern Arc" emerged. But the key obstacle to joining this ring of power was the Sokolnicheskaya Line (renamed Red Line). This led to one of the Metro's major conflicts, the war between Hansa and the Red Line. The war ended with a mutually-beneficial agreement signed by Red Line and Hansa, resulting in the acquisition of the Lenin Library station by Polis and the acquisition of the Ploschad Revolutsii (Revolution Square) station by the Red Line. Hansa, however, benefited more as the agreement meant they occupied every station on the Ring Line, allowing its traders to quickly navigate the Metro and forcing outside traders to pay for passage. Despite that unequal exchange, the Red Line happily accepted the deal as it granted them easy access to Red Square and the monuments of old Russia, which the Red Line leadership revered greatly. Shortly thereafter, Hansa made a worthy trade partner in the Red Line, despite the previous conflict.

Like the many factions of the metro, Hansa have their own ideology. They are modeled after the United States' from 1900-1960, a society wherein regulations on the free market are little to none and everybody has a right to make it for themselves. While this can be looked upon with pleasure, it also gives off an "every man for himself" vibe, something the Red Line fears. Despite being a free-market economy, they are not an entirely libertarian society, as in the Metro 2033 Novel, Artyom notes that they have recently outlawed marijuana.

Hanseatic stations are noted as being freer and less militant than others; they, however, have other problems. Its stations are all on some front considering they surround every major faction, leading to dangerous problems. As for territory, each station on the Ring Line belongs to Hansa; however, the most notable are:

In Metro 2033, Bourbon and other characters mention Hansa early in the game, but Hansa itself is rarely encountered. Artyom first encounters Hansa in the level Bridge, when an armored rail-car is in the other platform looking for bandits. If Artyom decides to appear to the car, it will fire upon them, but leave soon even if he remains alive. Bourbon will then yell at Artyom: "What did you do that for?"

Hansa is finally given a full presence in the level Market. In Market Station, Hansa's militia guards the markets and stations for arriving travellers. They have nearly no interaction with the Artyom, but they do remark to him and speak with other NPCs. This is the last time Hansa appears in Metro 2033. After leaving the Market, Artyom doesn't enter other Hanseatic stations.

Hansa carries a similar presence in Metro: Last Light, remaining largely passive. Hansa remains one of the three powers vying for D6, though doing so in a less militaristic manner, threatening economic sanctions on the Rangers. As a result, the Rangers do not view Hansa as a hostile force or direct enemy; in fact, during the level Quarantine, Rangers and Hansa's police work together to contain the infection at Oktyabraskaya, and Hansa takes in the refugees from that station. Quarantine (along with a small presence at the Polis Peace Conference during the Polis level) serves as the only time Hansa appears in Last Light.

In the Faction Pack DLC mission, Kshatriya (the Ranger Trainee) originally came from a Hanseatic station, but as a stalker he may be posted anywhere.

Hansa (assisted in secret by the Spartan Order) had built a series of radio jammers that prevents any signals from coming in or out of the city. This was done in order to protect Moscow from getting nuked again, or otherwise invaded, by the NATO forces. Any outsiders that managed to reach Moscow were picked up by Hansa surface patrols and subsequently executed as "enemy spies". It is, however, later learned by the Spartan's leader, Colonel Miller, that the threat of NATO attack or invasion had been a complete fabrication. The radio jammers had actually been set up in order to keep the people of the Metro isolated and trapped underground. Both Hansa and the Spartan Order had been deceived by the Invisible Watchers, a mysterious group that was secretly controlling all the major factions within the Metro for their own benefit.

Two Spartan Rangers, Artyom and Anna, discovered one of Hansa's patrol trains. Hansa had been using these trains to travel around the surface of the Metro area to look for any signs of NATO's forces and carry any supplies found. A Hansa surface patrol in a scout car picked up the Spartans (who had mistaken it for one of their own scouts). The patrol had mistaken them for spies and originally intended to execute them alongside two captured survivors who had come from outside of Moscow. While debating on what to do with the Rangers, and about to execute the two other captures, the patrol is attacked by Artyom, who is shot along with the civilians as a result. The patrol then returned to their base with Anna, in order to decide what to do. As she was not supposed to know about the Metro's defense plans (such as the trains) and she had just witnessed them executing her teammate (and husband), yet killing her would likewise incite the Spartans to attack Hansa. Before this could be decided, Anna was freed by Artyom (who had managed to survive the execution attempt) and Andrei Yermak. The two Rangers proceeded to fight their way out of the Hansa facility, damaging the radio jammer system and temporarily bringing it offline. They then stole one of Hansa's trains, killing any Hansa soldier that tried to stop them. A team of Hansa troops attempted to retake the train, but were stopped by a larger team of Rangers. In response, a second, more armored train was sent to retake the first. Suspecting that Hansa would execute the team if they surrendered, the Spartans instead sent Artyom aboard the armored train, where he blew it up, before he and the rest of the Spartans escaped. Understanding their actions would mean that Hansa would be sure to arrest and execute them as traitors, the Spartans who hijacked the patrol train were forced leave the Metro, and Moscow, behind.

In Metro 2035, Hanza has become closer allies with the Spartan Rangers and helped to restore the Order's ranks by sending some of its own finest soldiers as candidates for new Ranger recruits - following the costly Battle for D6 that was fought against the Red Line. The book also reveals more information regarding their leadership, as well as shedding some light on the origins of the Invisible Watchers "myth".

A Hanza trolley car as seen in Metro 2033

Hanza Soldiers at a checkpoint 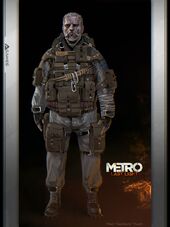 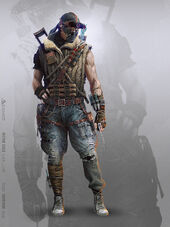 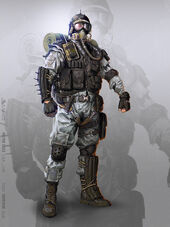 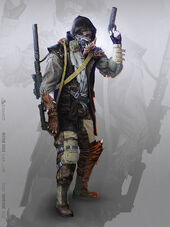 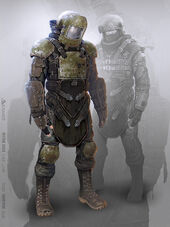 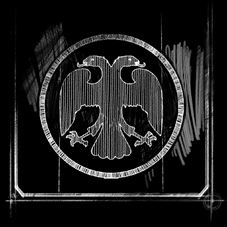