Humanimals (Russian: Зверолюди) or Fuglies are a species of mutant encountered on the surface in Metro Exodus. Derived from humans, they hunt in packs and use primitive weapons to attack. They appear in the Volga and Caspian Sea levels, and feature heavily in Sam's Story.

Although they resemble humans from a distance, humanimals are dangerous and aggressive creatures that attack their sapient relatives on sight. Physically, they are bipedal mutants with pale, dirty skin and no body hair. They have developed sharp claws and teeth, while their noses appear to have rotted away. The most notable difference between them and their human cousins are the feet; humanimals have developed canine-like feet, possibly as an evolutionary advantage, as the humanimal prefers to chase its prey on all fours. It seems to be one of the more common and widely dispersed mutants, and can be found in greatly varied environments ranging from the damp banks of the Volga river to the arid deserts of the Caspian, and can be found as far east as Vladivostok. Generally, it appears that humanimals prefer slightly irradiated urban and industrial environments, but are absent from heavily irradiated metropolitan areas like Moscow or Novosibirsk, as well as remote forests like the Valley. While their appearance may slightly vary from environment to environment, their behavior is not too dissimilar.

Humanimal behavior bears some similarities to the behavior of primates such as using debris as thrown weapons. Similarly to gorillas, humanimal packs are sometimes led by a much larger alpha variation, which appears at least a head taller with much greater muscle mass. These humanimals can withstand and deal greater amounts of damage. Humanimals communicate with each other through screeches and guttural grunts. Humanimals will sometimes stage ambushes by burrowing themselves in mud or sand in areas they know are frequented by humans. Humanimals are also good swimmers, as they can be seen readily jumping into the water in Vladivostok. This behavior is absent in humanimals from the Volga, likely due to the Tsar Fish actively preying on them. They can easily climb walls, and sleep on foot, even during the day. Their usual hunting tactic is to hide under the water, sand, or grass, attacking their prey when they approach.

Although a single humanimal doesn't pose much threat to a well-trained ranger, a group of them can quickly and easily overwhelm even the most skilled post-apocalyptic warriors. It is best to keep a distance when fighting these mutants. Use of ranged weapons is advised, rather than hand-to-hand combat.

Humanimals can be tamed, and make an excellent pool of cheap labor due to their strength and low food consumption. Humanimal trapping and domestication has become a major part of Vladivostok's economy, where the beasts are captured, domesticated or tamed, then sold to traders from the south. Despite survivors often deriding their intelligence, it appears that humanimals can learn rather quickly, as evidenced by comments from trappers who hunt them. They also have entertainment value as they can also be trained as gladiators and pit fighters. There is even a recorded instance of a captured humanimal pretending to be sick, only to escape its cage later, suggesting an even higher level of intelligence that places them among the most intelligent mutants in the wasteland. 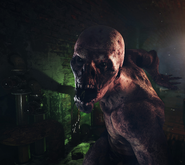 A humanimal up close

Humanimals observing humans from a distance.

A pair of humanimals

A Humanimal is killed by an axe. 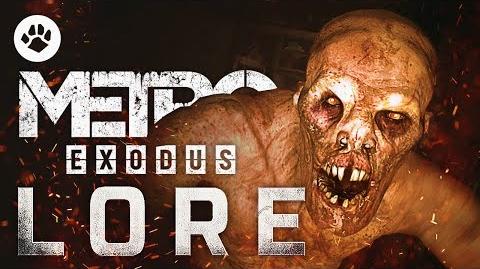 What Are The Humanimal? - Metro Exodus Lore - The Monsters of Metro 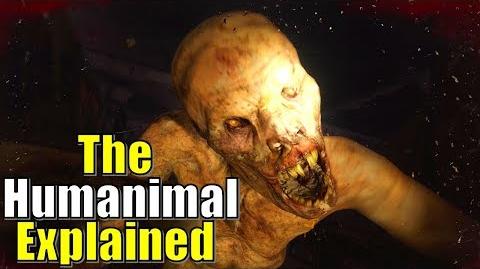