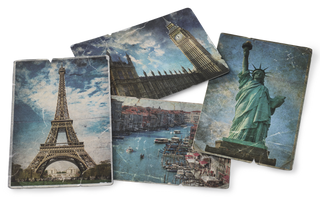 A total of 21 postcards can be found throughout the game. Collected postcards are displayed above Artyom's bed in Aurora's sleeper carriage and can also be viewed in the game menu. Collecting all 21 postcards grants the player an achievement called Old World Pictures, which is worth 20 G on Xbox and is treated as a Bronze trophy on Playstation.