Reich is the fifth level of Metro: Last Light.

Artyom and Pavel must escape a Reich rally in this level. The level is rather short and mostly on rails, the only real choice being how fast Artyom will move through the crowd during the rally. After Pavel blows their cover, he and Artyom must flee the station by running through a civilian quarter of the station until they reach a rail bike that they flee on.

4. At the beginning of the level, it lies on a table at the base of the escalators. 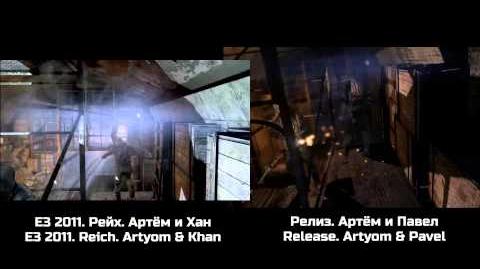