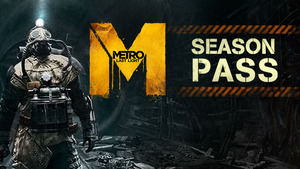 The Metro: Last Light Season Pass is an all-inclusive collection of DLC available for purchase for Metro Last Light.

A new weapon, exclusive to Season Pass buyers - the Abzats - will also become available when one purchases the pass.

The Faction Pack was the first DLC, released on July 16th, and contains three single player missions, set aside from Artyom's journey. The Tower Pack is aimed at Metro veterans, offering a difficult set of missions designed to test gunplay, and was released on September 3rd. The Developer Pack, which was released on September 17th, aims to give additional tools to explore the world,  including a Shooting Gallery, an AI Arena and a new single player mission, centered around Spiderbugs. Finally, the Chronicles Pack, released on October 15th, gives the player the ability to play as three of the main game's characters - Pavel, Anna, and Uhlman, in unique missions. All DLC's are available for individual purchase, though the Season Pass is still purchasable.

For Steam users to utilize their Season Pass after the release of a new DLC, a full restart of Steam may be required, followed by a clean launch of Metro: Last Light. New levels included in the packs can be accessed from a side-menu from the level selection screen entitled "New Missions".

The Abzats in the store. 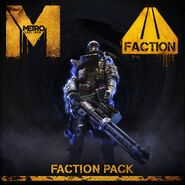 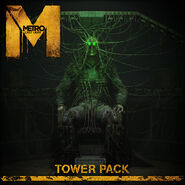 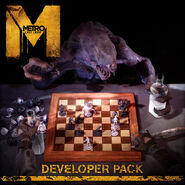 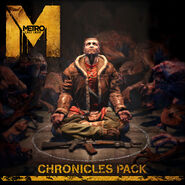