Unknown, likely some crustacean such as crayfish or shrimp

The Shrimp (Russian: Креветки) are large crustacean-insectoid mutants found in the underground Metro "rivers" and various swamps on the surface, appearing in Metro: Last Light. They return in Metro Exodus, inhabiting areas around the Volga and Taiga.

Despite a number of forms, all shrimps share several similarities. For one, all shrimp share similar visual characteristics - including long slender bodies ending with pronounced heads, large arm-like appendages and heavy chitinous armour. The hard shells, made out of multiple plates or large scales, resemble that of a hybrid of lobster and common cockroach, and is solid enough to absorb or deflect shotgun fire. The end of their tails shows some kind of spikes, like a lot of arthropods, possibly used to dig in the ground in order to lay eggs. Shrimp, as a category, can be found all over the  Metro and the surface, always near sources of water, which they presumably live within. Such behavior suggests their origin could be a river arthropod, such as a crayfish - but it could also be some kind of terrestrial insect brought back into water by radiation. Interestingly, the long extendable limb on their undersides implies that at least some shrimp variants were in fact mutated from dragonfly nymphs, which possess similar grasping mouth-parts. A dragonfly origin could certainly explain the shrimps' physical appearance as well as their close association with warm and wet environments.

Shrimps, as the name suggests, are potentially mutated from pre-war shrimp which were once common in oceans, lakes, and rivers. Their physical appearance, however, indicates another more crayfish origin on account of the hard outer shell and large claws it uses for offense. Justification of a crayfish origin may also stem from their freshwater (albeit radioactive) habitat; and the fact that Shrimp are often served as food with beer according to Fedor. In real-life Russia, раки (crayfish) is often served as a traditional appetizer in accompaniment with Beer or other alcoholic beverages.

Like Nosalises, shrimps vary greatly in appearance, but can all be categorized into different strains of the same creature, with two common archetypes: Common Shrimp and Amphibians. 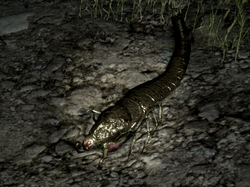 Shrimp hatchlings can be found in and around swamp on the surface. These creatures are recognizable from their small size and appearance as something close to crustaceans or cockroaches. These harmless beasts are commonly encountered near dead bodies, of which they likely feast on. Approaching them will send them burrowing away into the ground, though they can be shot and killed. 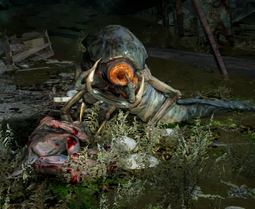 While supposedly non-hostile to humans, Common Shrimp, or Females, are always threatening to Artyom, even (or especially) when unprovoked. They are best identified by their large size, signature high-pitched squealing, front claw, and armoured backs. Common shrimp are rarely a threat to Artyom, even when in large numbers and on higher difficulties, the leading factor of this likely being that they have little in the way of attack power and next to no health when shot anywhere aside from the armoured back. They do pose more of a threat when in combination with other greater threats, such as demons or their larger amphibian cousins, in part because their acid spit can muddy Artyom's gas mask and vision. Common shrimp are marked as the females of the species by the game's audio files, though this is still ambiguous, as the male and female shrimps vary vastly. 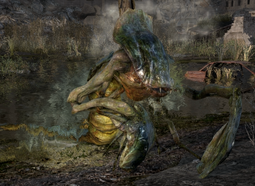 Amphibians, as referred to in loading screen messages, or Male Shrimp, are the very large and armoured male counterpart to the Common Shrimp. Amphibians are found solely in the swamps on the surface and are notable for their distinctly crocodilian maws. This jaw structure is dissimilar to Common Shrimp (whose mouths are worm-like and dotted with small, black teeth), making the two types difficult to associate together.

Amphibians utilize their claws not only to attack Artyom from moderate range, but to also shield itself from retaliation. In combat, it should be noted that despite its intimidating range, damage capacity, and armour, the creatures only occasionally pose a genuine threats to Artyom. For one, Amphibians remain vulnerable to successive hits - a few well timed or well-aimed shotgun blasts or assault rifle bursts will easily ground an attacking shrimp, leaving it vulnerable to be finished off quickly. Equally so are Amphibians vulnerable to concussive blasts such as those from claymores or grenades. It also appears that repeated rounds to the claws will remove sections, and allow the player to fire into the unprotected underside even if the Amphibian is shielding itself. Luckily, in many cases it's quite easy to avoid a fight with an Amphibian altogether by running around them and continuing on your way, as they are fairly slow and tend to disengage readily. A single blast from one of the shotguns or the Preved is usually enough to kill one, if it hits in the unarmoured underbelly of the beast. 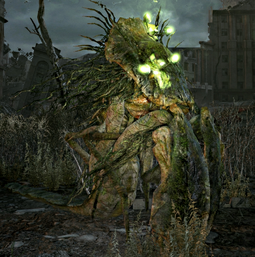 Bog Shrimps, also considered shrimp mothers (though game files would attribute them more to alpha males), are massive camouflaged off-shoots of Amphibians reasonably speculated to be elder shrimp. They seem to be extremely territorial, as only one is found in an area at any given time, and they fight viciously against other mutants; they are only seen in the Swamp and Garden levels (though the latter is already dead). They also seem very persistent in chasing escaping prey, unlike smaller shrimp. It's possible that they are either prey or a challenger to the mutant bear, as one is found with its head torn off in the Garden level - both Demons and Watchmen would find the task impossible, given their armour, so the Bear is the most likely assailant. Like the Amphibian, Bog Shrimps are armoured on the back and on their front claws. However, due to their size and tendency to charge, they pose a much greater threat. With several dozen times the amount of health as an Amphibian, and nearly twice the range and damage capacity, they are an event to fight, and should always be a priority of concern for players when they are spotted. Like Amphibians, Bog Shrimp are vulnerable to successive and concussive blasts, often separating their claws when charging, about to attack, or upon massive damage, leaving room for several hits, should the player be ready.

The new variant of the shrimp from the game Metro Exodus has undergone a significant amount of changes to differentiate them from the subspecies found in Moscow. They appear to have the quite distinct appearance of crustaceans even more than their Moscovian brethren. They also seem to resemble crabs and lobsters as their carapace and facial features can be used to identify their genetic ancestry. Unlike the Moscovian variants, it appears to have more of a carapace/armoury skin.

Bog shrimp from the front

Bog shrimp from the side

Amphibian Shrimp from the front

Shrimp from the side

Shrimp from the back

Shrimp being prepared in Venice

Concept art of the Shrimp

Shrimp's larva (didn't make it in the final version) 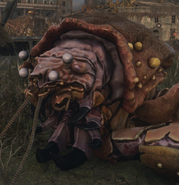