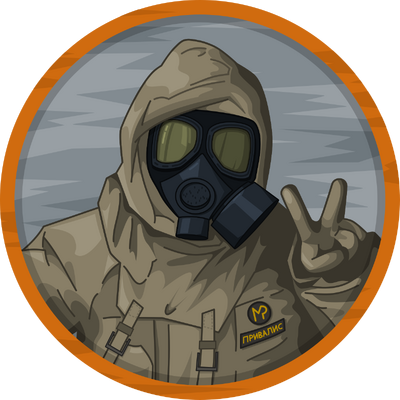 I am Mike Privius, the newest admin on this wiki. My favourite task is improving the styling and graphical aspects of Wiki pages, however, I also add new information about the Metro Universe and its peculiarities.

I first encountered the Metro series in form of letsplays of Metro games on YouTube. Shortly after that, I borrowed a Metro 2033 book from my friend while I was on holiday. I quickly became passionate about the Metro Universe and I later bought the remaining Metro books of the main series and also played all Metro games.

After playing Metro Exodus, I wanted to find out more about certain characters, so I visited this wiki. I found what I was looking for, but I was unpleasantly surprised with the lack of content in other areas and also with how messy and disorganized many pages were. I started making my own contributions, at first just adding bits of information here and there and later rewriting entire pages, creating new templates and uploading tons of new images. My contributions were well received by other admins, so I was later given the opportunity to join their ranks. And here I am! :D

I also like playing other video games and I create both traditional and digital art. You can find me for example on DeviantART or Instagram. ;)

Community content is available under CC-BY-SA unless otherwise noted.

Ranked #3
on this wiki